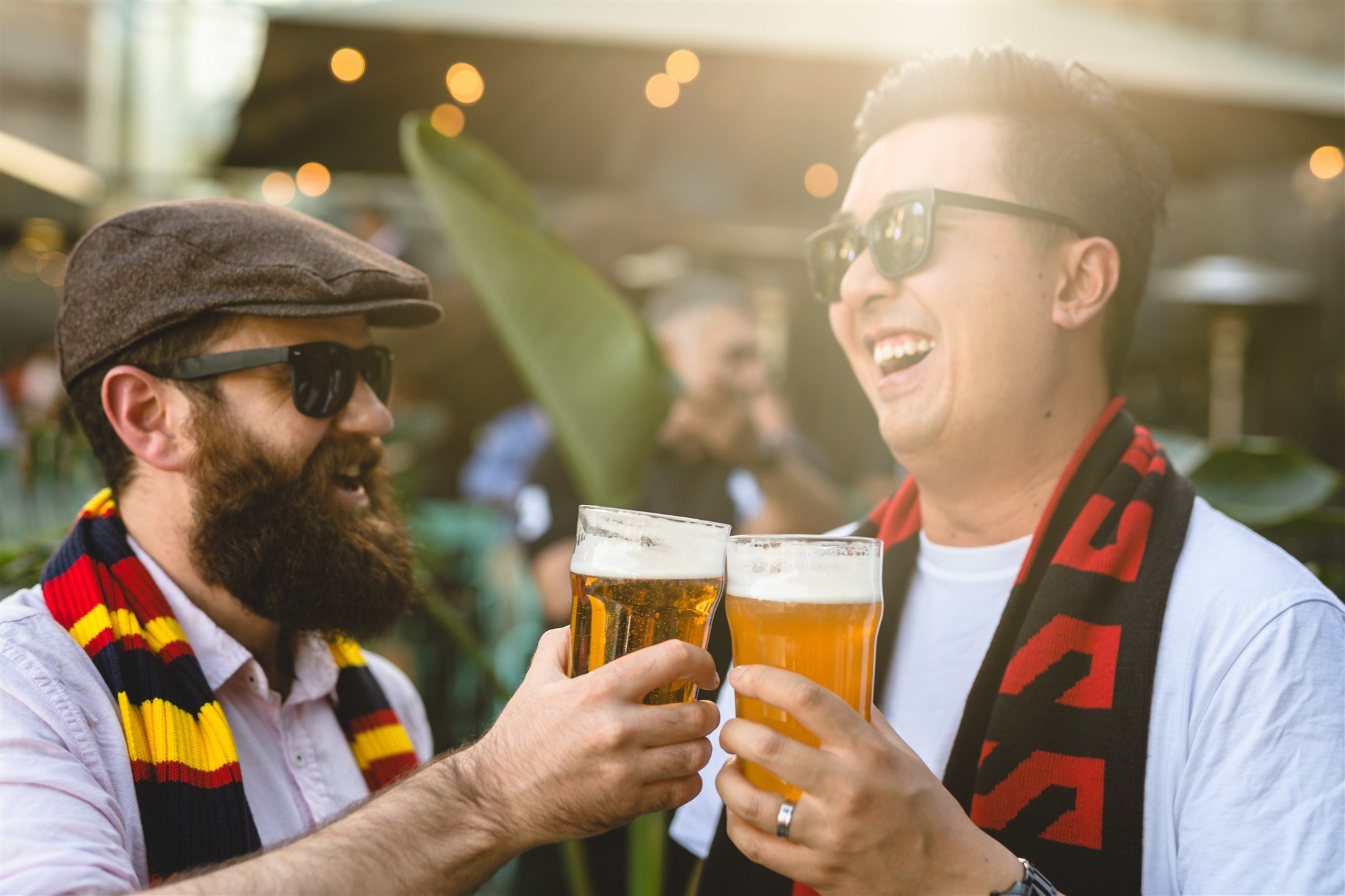 Round up the crew and stop into Riverland Bar on the way to the AFL Grand Final at the MCG.

Get amongst a buzzing crowd of footy fans and fuel up for the day ahead.

We’re opening early from 9am with a menu of crowd pleasing favourites including egg & bacon rolls, pub classics and a BBQ. Plus grab takeaway coffee and food.

Kick-ons at Riverland Bar post siren with DJ till late.

Riverland Bar is still the place to be before and after a game at the G!

Please note, entry is free and we are not taking reservations for pre and post game.

NEED SOMEWHERE TO WATCH THE GAME?

We’re bringing in big screens and showing the game siren-to-siren in our riverside, beer garden. Sound on!

Once the MCG crowds thins, sit back and enjoy the AFL Grand Final with us.

BOOK NOW to watch the game at Riverland Bar in front of a screen.

We’re opening early for the AFL Grand Final parade. From 9am Friday 23 September, get egg and bacon rolls and takeaway coffee.

Plus we’ll have a DJ Thursday, Friday and Saturday night until 10pm.